Gospel of the Kingdom in Kiswahili: Injili ya Ufalme wa Mungu

Jesus taught that the end does NOT come until the ‘Gospel of the Kingdom of God‘ reaches enough nations (Matthew 24:14) and, based on Paul’s writings, we also see that for Him to return “the full number” (as the NIV, NLT, BSB, CEV, GNT, HCSV, ISV, and NET Bible, put Romans 11:25) of Gentiles God wants in this age must come in.

In the Continuing Church of God we have worked to help fulfill Romans 11:25, concerning the fullness or “full number” of Gentiles coming in (see also What About Romans 11:25 and the Full Number of the Gentiles?).

One of the reasons that we have been the fastest growing x-WCG group in the 21st century is because we have put materials out in more languages than we are aware that any other Church of God has.

It only makes sense that if we want to reach people, we should strive to have materials in languages that they understand.

Putting materials in languages Gentile and Israelite peoples understand helps more be called in this age.

We just added an updated Gospel of the Kingdom of God booklet in Kiswahili which we finalized yesterday. Here is a picture of its front cover: 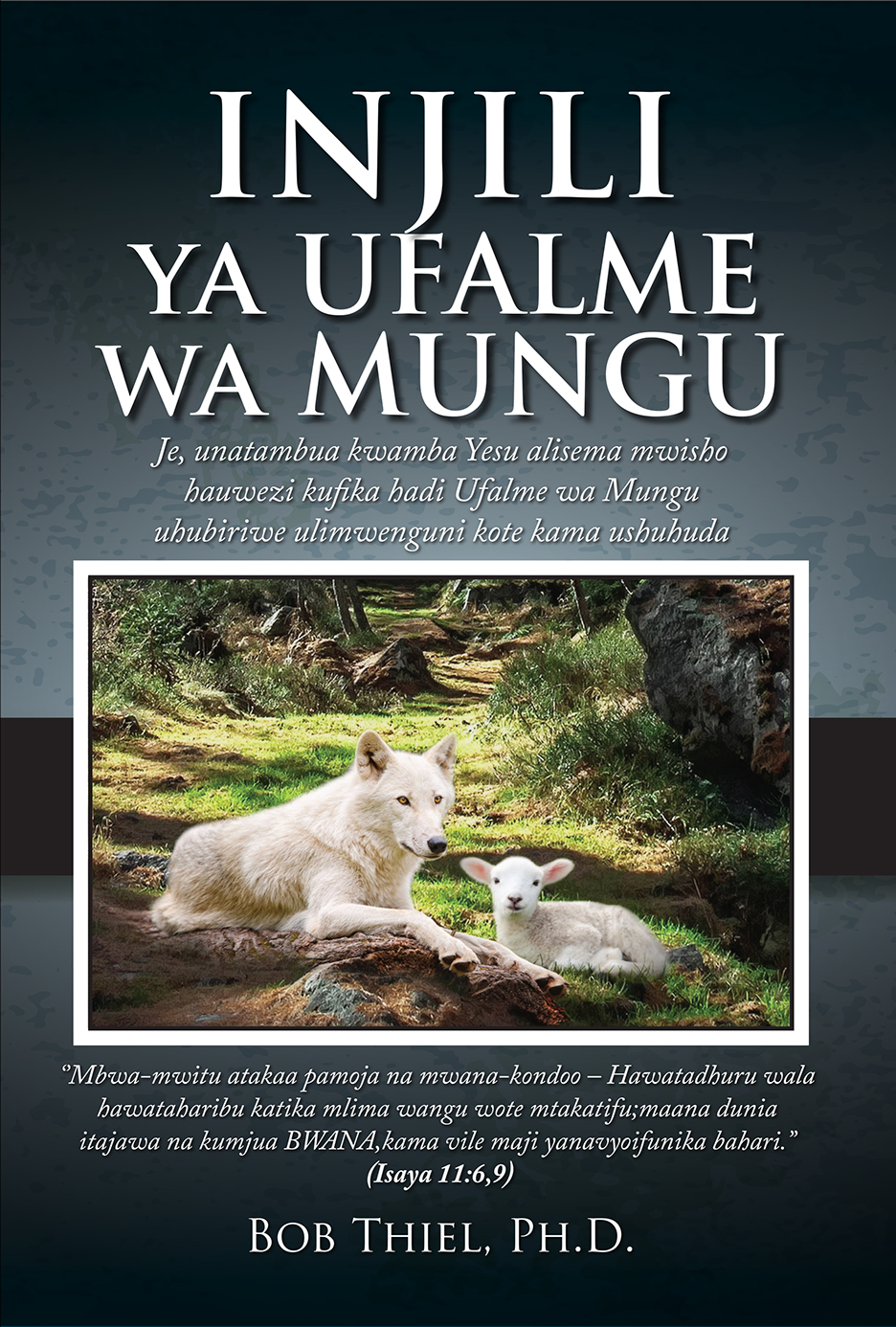 Kiswahili is widely read in many parts of Africa.

We wanted an updated version of this book as we had added a few points in the English version since it was originally translated. We wanted the updated version as we are planning on printing these in Kenya to provide literature to support our brethren in Kenya and Tanzania as well as to be available to support those who respond to our radio broadcast in Kenya, which also reaches Tanzania (a nation that mainly speaks Kiswahili). Here is a link to the online version: Injili ya Ufalme wa.

Notice now that the Book of Revelation points to the use of multiple languages being used to reach people before the end:

9 After these things I looked, and behold, a great multitude which no one could number, of all nations, tribes, peoples, and tongues, standing before the throne and before the Lamb, clothed with white robes, with palm branches in their hands, … These are the ones who come out of the great tribulation, (Revelation 7:9,14)

Having materials in as many languages as we can helps set the stage for the fulfillment of that prophecy.

In 2022, we have added 50 or so languages more than we had before. We now have materials online in around 160 languages and sub-languages.

Here is some information in Kiswahili that the booklet addresses: