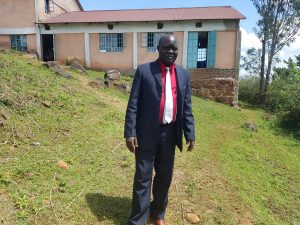 Greetings from kenya.
For the last month up to last week, I have been busy visiting the congregations in kenya and co-workers. And since the congregations in kenya are so many now I couldn’t manage to visit all of them. I can’t continue to visit since there is a big problem of covid 19 which has increased so much in kenya especially Nyanza and western Kenya. The areas have a curfew and nobody is found out as from 7pm till 5 am. The covid 19 cases are so many now in these areas and part of rift valley.
So things have become so difficult in these areas heavily. And these are the areas where most of congregations are located. So we need more prayers to brethren and kenya at large.
The work in kenya has expanded and the doors are open for the work. We have 23 congregations in kenya with 4,022 people. Apart from that we have many Co-workers who are studying our booklets and visit our website. I’ve been getting many reports also from our deacons and hosts and pastors about how people do contact them about the truth which some of them getting from website, books and from our representatives. So the work in CCOG is expanding and being driven by the HOLY SPIRIT.
These year we are going to have 9 feast sites in kenya and 1 in Tanzania. Total of 10 sites. Malawi and Mozambique, Ethiopia and Ghana. The work in CCOG is expanding day by day in Africa. The problem now in Africa is covid 19. It has blocked many things and people do survive through hardship. We ask for more prayers.
I’m planning to go to Nairobi next week if things cool down because I’m planning to go and get ticket for my trip to Malawi and Mozambique. Moving is very difficult now in most of areas of kenya. CHURCH halls and places of prayers are closed. No gathering.
So things are tough and rough. I recieved the parcel from Bill weekend. We thanked him for a good work.
We need more prayers, the situation is tough here.
This evening I recieved a massage that Teresia osutwa the mother of our strong member Charles osutwa from Mbani congregation is dead. I Will go there tomorrow very early in the morning. Some two weeks back, we lost a member from Eberege congregation in kisii and last week we lost a brother from Mozambique. Now we again lost a member from mbani congregation.
More prayers
Evangelist Evans.

It is fantastic to see the growth we have had in Gentile regions like Kenya!

In Romans 11, verse 25, the Apostle Paul wrote the following:

25 For I do not desire, brethren, that you should be ignorant of this mystery, lest you should be wise in your own opinion, that blindness in part has happened to Israel until the fullness of the Gentiles has come in. (Romans 11:25)

14 … Judeans, 15 who killed both the Lord Jesus and their own prophets, and have persecuted us; and they do not please God and are contrary to all men, 16 forbidding us to speak to the Gentiles that they may be saved, (1 Thessalonians 2:14-16)

Many today, instead of forbidding it like the Jews, downplay and/or ridicule reaching Gentiles in places like Africa. But, they do not seem to understand that the Bible teaches that WE MUST INSTRUCT MANY (cf. Daniel 11:33) INCLUDING GENTILES!

26 And so all Israel will be saved, as it is written:

“The Deliverer will come out of Zion,
And He will turn away ungodliness from Jacob;
27 For this is My covenant with them,
When I take away their sins.” (Romans 11:26-27)

The late Pastor General of the old Worldwide Church of God, Herbert W. Armstrong, taught the following about Romans 11:25:

Now I want you to study carefully one of the most wonderful, important chapters in all the Bible — the 11th of Romans. … Verse 23 says those who abide not still in unbelief shall YET receive salvation. … Now study carefully beginning verse 25: “Blindness in part is happened to Israel [HOW LONG? Forever? No — note it], UNTIL the fulness of the Gentiles be come in” — the end of this age during which God is calling a people from among the gentiles to bear His name (Acts 15:14). And so, says Romans 11:26, “all Israel SHALL BE SAVED [how?]: as it is written, There shall come out of Sion the Deliverer, and shall turn away ungodliness from Jacob.” The Deliverer, Jesus Christ, is coming again!

When He comes, the gentile times will be over — the BLINDNESS will be removed from the Israelites — and their opportunity — their FIRST chance — of salvation will then come to those whom God had blinded! This is at the time when He comes to REIGN on HIS THRONE — the throne of David, with the saints made immortal reigning and ruling with Him — and the time is DURING THE THOUSAND YEARS!

Notice verse 31. These blinded Israelites have not now, in this age, received mercy, that through the mercy of the gentiles saved in this age, they MAY, THEN, obtain mercy and salvation. How? Because these saved gentiles will then be kings and priests, assisting in this wonderful Work! (Armstrong HW. Where Will The MILLENNIUM Be Spent? Tomorrow’s Word magazine, September 1971, p. 5)

25: “Blindness in part is happened until Israel”-HOW LONG? Forever? No-note it-“UNTIL the fulness of the Gentiles be come in” -the end of this age during which God is calling a people from among the Gentiles to bear His name (Acts 15: 14). … These blinded Israelites have not now, in this age, received mercy, that thru the mercy of the Gentiles saved in this age, they MAY, THEN, obtain mercy and salvation. How? Because these saved Gentiles will then be kings and priests, assisting in this wonderful work! (Armstrong HW. Where Will The MILLENNIUM Be Spent? Plain Truth, February-March 1954 , pp. 4-5)

(25) For I would not, brethren, that ye should be ignorant of this mystery, lest ye should be wise in your own conceits; that blindness in part is happened to Israel [or that part of Israel, meaning the great part, the big part — all but a few, have been blinded. It’s the big part actually] until the fulness of the Gentiles be come in. [Or the number of Gentiles to be converted becomes complete — as other translations have it] (Armstrong HW. Romans 11-13. Bible Study, June 27, 1980)

Clearly, we are much closer to the time when all the Gentiles are to come in to later be kings and priests than when those articles were published (see also: Christians are to Rule).

More of the Gentiles had to be called and converted– and that is happening now!

Here are some comments related to the fullness of the Gentiles by the old Radio Church of God:

” For I would not, brethren, that ye should be ignorant of this mystery, lest ye should be wise in your own conceits; that blindness in part is happened to Israel, until the fulness of the Gentiles be come in” (Rom. 11:25). God has a TIME SCHEDULE He is working out. (Armstrong GT. When You Die–Then What Happens? Plain Truth, June 1967, p. 22)

Isaiah 11 … The Gentiles are going to seek God (verse 10) and Israel and Judah are going to be gathered THE SECOND TIME from the heathen nations (verse 11). This could not be speaking of any “spiritual Israel.” The last verses in this chapter speak of men crossing rivers and highways as they leave the Gentile nations and return the second time to the land of promise. This is the time spoken of by Paul. “Blindness in part is happened to Israel, until the fulness of the Gentiles be come in. And so all Israel shall be saved: as it is written, There shall come out of Sion the Deliverer, and shall turn away ungodliness from Jacob: for this is my covenant unto them, when I shall take away their sins” (Romans 11:25-27). Here is GOOD NEWS! Here is part of the gospel message. Blindness is happened to Israel, not forever, but until the full number of Gentiles who are to be converted in this age comes into the Kingdom. Then Israel shall be forgiven and the vast majority of Gentiles shall seek God. (Hoeh H. The Coming UTOPIA… Wonderful World of Tomorrow. Plain Truth, March 1957, p. 6; see also Hoeh H. The Coming UTOPIA… Wonderful World of Tomorrow. Tomorrows World, May-June 1970, p. 22)

Since the end of the age with Jesus returning does not come until the full number of Gentiles comes in, shouldn’t reaching more Gentiles be part of the final phase of the work?

And while the Two Witnesses (Revelation 11:3-9) and the messages of the three angels (Revelation 14:8-11; see also The Final Phase of the Work) will doing that during the Great Tribulation and Day of the Lord, the way that Romans 11:25 is written shows that Christians are not to wait for that alone, but to also participate in that now. The Apostle Paul (“the apostle to the Gentiles”–Romans 11:13) and the other apostles realized that in the Book of Acts (cf. Acts 11).

Was this growth possibly prophesied in a dream?

Consider the following email I was sent years ago:

Greetings pastor. I believe you are doing good though you are having great thrust of fulfilling Matthew 28:19 of which we must do before the return of Christ. …

I had two dreams

1. Before our family joined CCOG my father was then working with voice in the Wilderness Church of God. When I was sleeping I had a dream and in my dream I saw a light and the light was not normal, the one who was standing by the was You pastor Bob according to my dream. Then I had voice shouting, “Arise you who are sleeping, for the Lord is near.” I again I heard another voice shouting, “Come up Evans and let us do the work we are called to do.” I then saw a man dressed in white clothes join hands with my father walking together towards a very big lake then I woke up.

Related to the first dream, in March of 2014 Frederick’s father Evans Ochieng came with the Continuing Church of God. When he came, he came with about 260 people from Kenya and Tanzania. His son Frederick’s dream showed that we would have much growth in Africa. He and his father listened to God.

As of today, we have over twenty times as many in Africa than when Frederick Ochieng had his dream. So, the dream of working the lake was confirmed–Evans Ochieng and I became a productive “fishers of men” (Matthew 4:19).

As far as New Zealand goes, the first congregation that came with the CCOG was the group in New Zealand.

Frederick’s dream may have been telling him that I (Bob Thiel) was working with those in New Zealand to fulfill Matthew 24:14 and Matthew 28:19-20 to reach the world.

As far as dreams from God go, they were prophesied for the last days–and the CCOG has had many of them (for details, see Dreams, the Bible, the Radio Church of God, and the Continuing Church of God).